Harp seals spend the summer in the Canadian Arctic and Greenland. Learn more about this species, which currently has a population over 7.4 million! 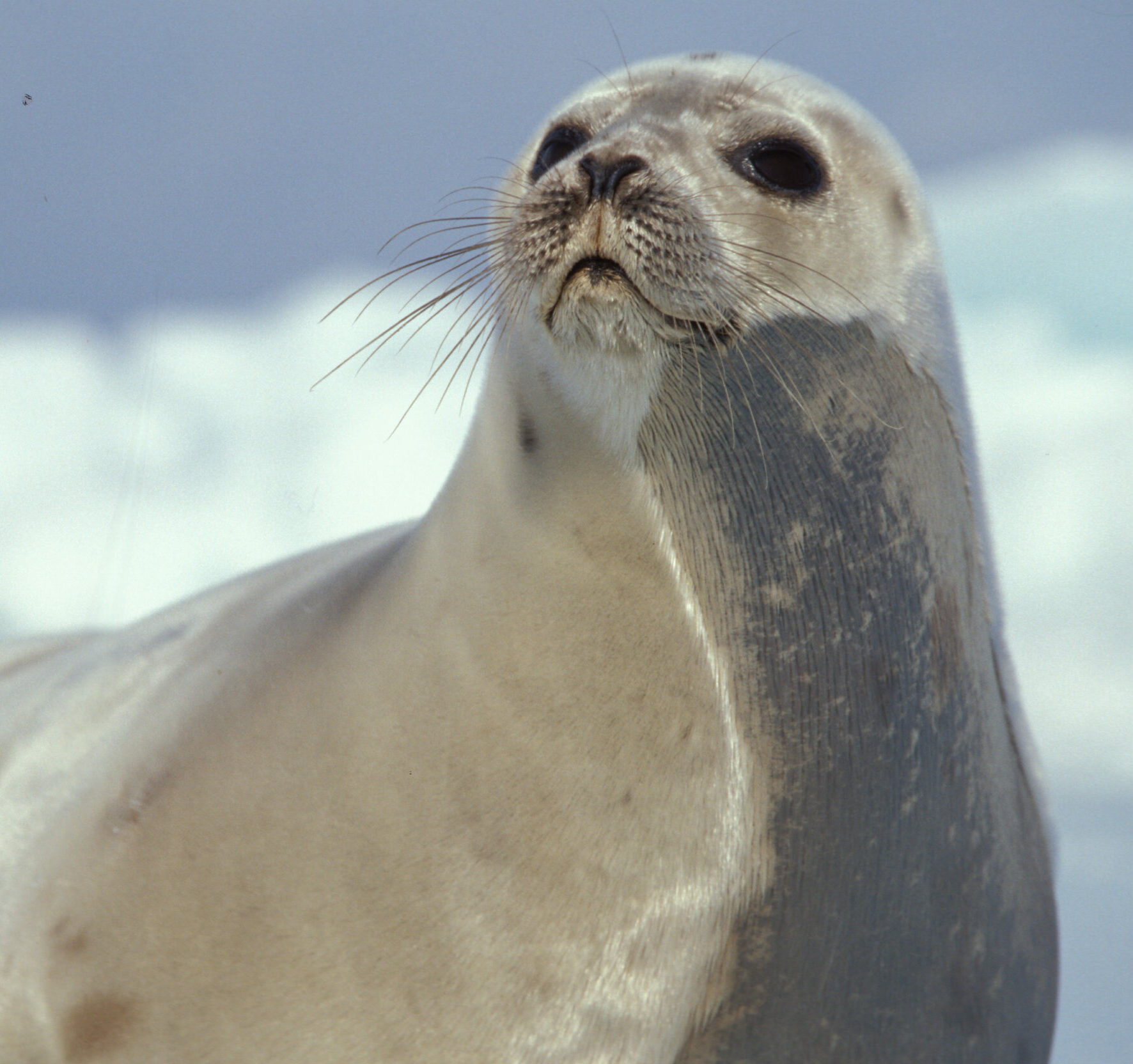 North Atlantic, migrating between sub-Arctic and Arctic waters. The largest population is found in the northwest Atlantic, off Newfoundland and Labrador. The northwest Atlantic population summers in the Canadian Arctic and along the west coast of Greenland. In early autumn they migrate south just ahead of the formation of the local pack ice, with the older animals migrating first.

By late November they reach the southern Labrador coast. They then divide: about a third of the mature seals going to the Gulf of St. Lawrence, usually in the vicinity of the Magdalen Islands, and the remainder, including most of the immatures, continuing southwards to an area northeast of Newfoundland known as the Front.

Females of reproductive age birth one pup per year on stable ice in late February or March. Pups nurse for about 10-12 days, during which time they gain weight rapidly, and do not enter the water. After weaning, the pups start to lose their white coats and are known first as “ragged-jackets” and then as “beaters.”

At the Front, the beaters drift southward with the pack ice and begin active feeding on zooplankton. In early April the immatures and adult males haul out on the receding pack ice to moult; adult females moult about two weeks later. The summer migration of these age groups to Arctic waters then begins; beaters follow a month later. Most of the beaters and immature seals, and some mature seals, summer along the West Greenland coast with the majority of mature seals feeding in the Canadian Arctic. Soon after the moult they leave for the sea to fish for themselves.