The hooded seal (Cystophora cristata) pups are known as "blue-backs" because their coats are blue-grey on the back with whitish bellies, though this coat is shed after 14 months of age when the pups molt. 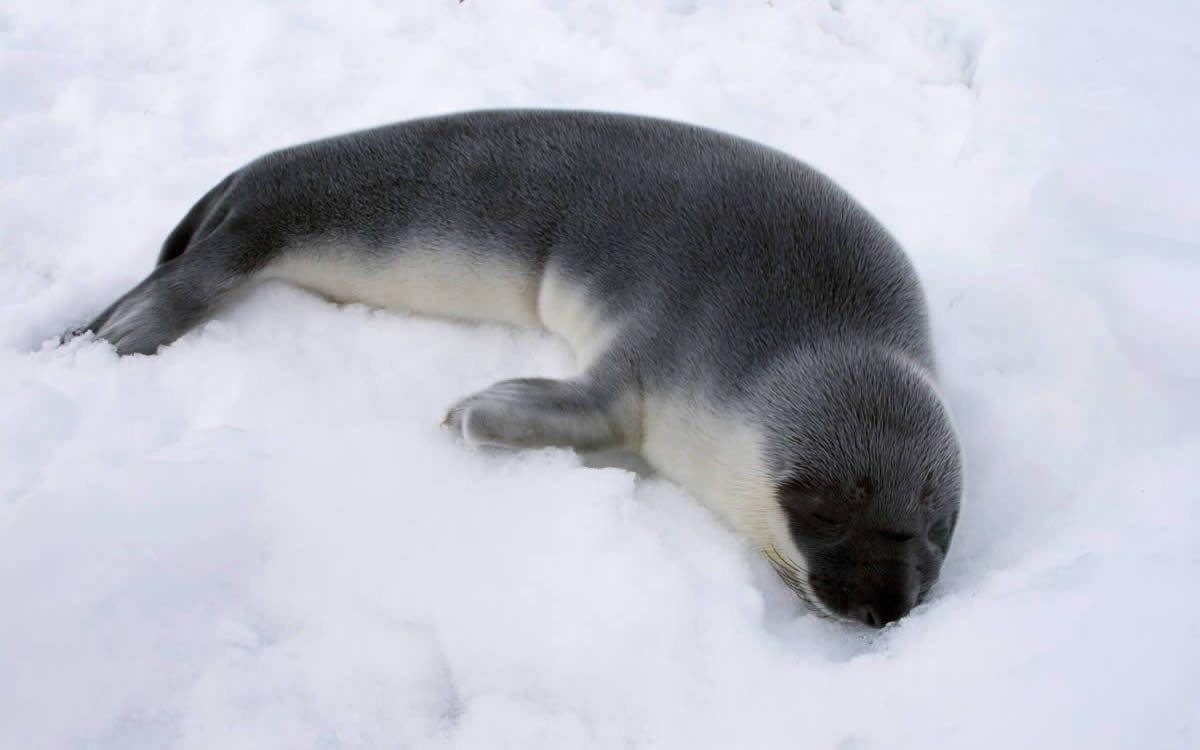 Distinctive features: Young hooded seals have a bluish pelt which they shed at 15 months. Adult faces are darker than the rest of their body, and their bluish-grey coats are lighter on the sides and front, with black, irregular marks scatted over the body.

Population: In Canada, the estimated total population in 2005 was 593,500. No assessment has been completed since, so the current population trend is difficult to determine (numbers increased through the 1980s and 1990s).

COSEWIC Status: Not at risk.

The hooded seal is migratory, found only in the central and western North Atlantic. Wide-ranging loners, they regularly cross vast expanses of the North Atlantic to feed and breed. They move between the Davis Strait in summer and their whelping grounds in late winter. The four main breeding areas are off the coast of Newfoundland and Labrador, of the east coast of Greenland, in the Gulf of St. Lawrence (usually Magdalen Islands), and in the Davis Strait.

Individuals have been known to wander large distances, occurring as far west as Alaska and as far south as the Canary Islands and Guadeloupe in the Caribbean.

Cows mature between ages 3 and 6, bulls between 5 and 7. Pups are born in mid-March to early April with a well-developed blubber layer—necessary as they nurse for only 4 to 8 days, the shortest period of any mammal. In that time, pups double in size from about 24 kg to 47 kg. They are then abandoned by their mothers.

After birthing, cows are often observed with their pups on ice floes with bulls in attendance, circling the floes and providing protection. These bulls are not the fathers of the pups, but bulls waiting to mate after the pups leave. The cow’s body prevents the embryo from developing for 3-4 months (delayed implantation) to time the birth of its next pup with the cycle of the ice.