The grey seal (Halichoerus grypus) is found on both shores of the North Atlantic Ocean. It is a large seal of the family Phocidae, which are commonly referred to as "true seals" or "earless seals". 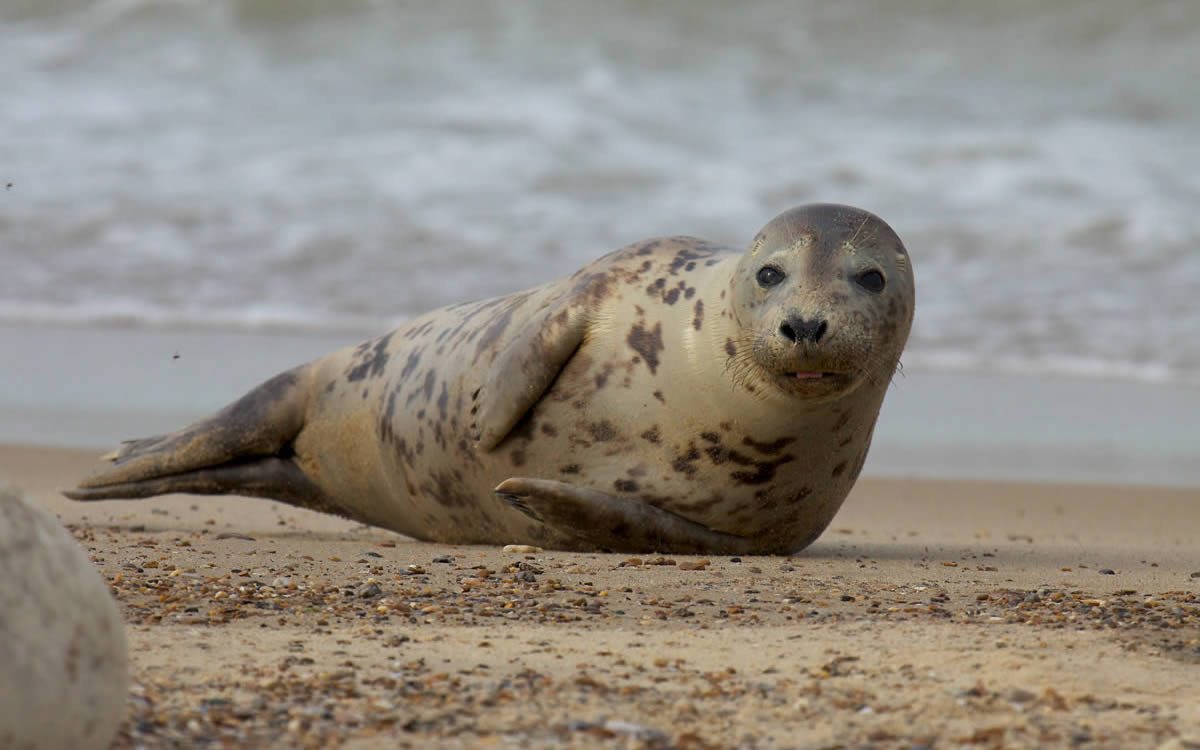 Grey seals are found on both sides of the North Atlantic Ocean, with population centres in Canada, the British Isles, and the Baltic Sea. Populations in all three centres are increasing.

About 40% of the world population inhabits the British Isles, where their numbers have doubled since records began in the 1960s. In Canada they are found in the Gulf of St. Lawrence off the shores of Quebec, New Brunswick, Prince Edward Island, Nova Scotia, and Newfoundland.

Bulls begin to breed at about age 10, and cows at 5. Grey seals breed on exposed rocky shores. Cows arrive at breeding sites first and give birth to a single pup. Pups are born in autumn (September to November) in the eastern Atlantic and in winter (January to February) in the western Atlantic. When the bulls come ashore they compete for space nearest to the cows, and the oldest bulls get the best positions.

The gestation period for grey seals is 11.5 months, including a three-month delay in the implantation of the fertilized egg (to ensure birth coincides with the flow of ice). After two to three weeks of nursing the pup, the cow mates again, then leaves the rookery. Pups are born with silky white fur. This is shed within a month and replaced by dense waterproof adult fur. Soon after they leave for the sea to fish for themselves.