Canadian Inuit and Indigenous communities have a long cultural history with hunting seals, making full use of the animal. 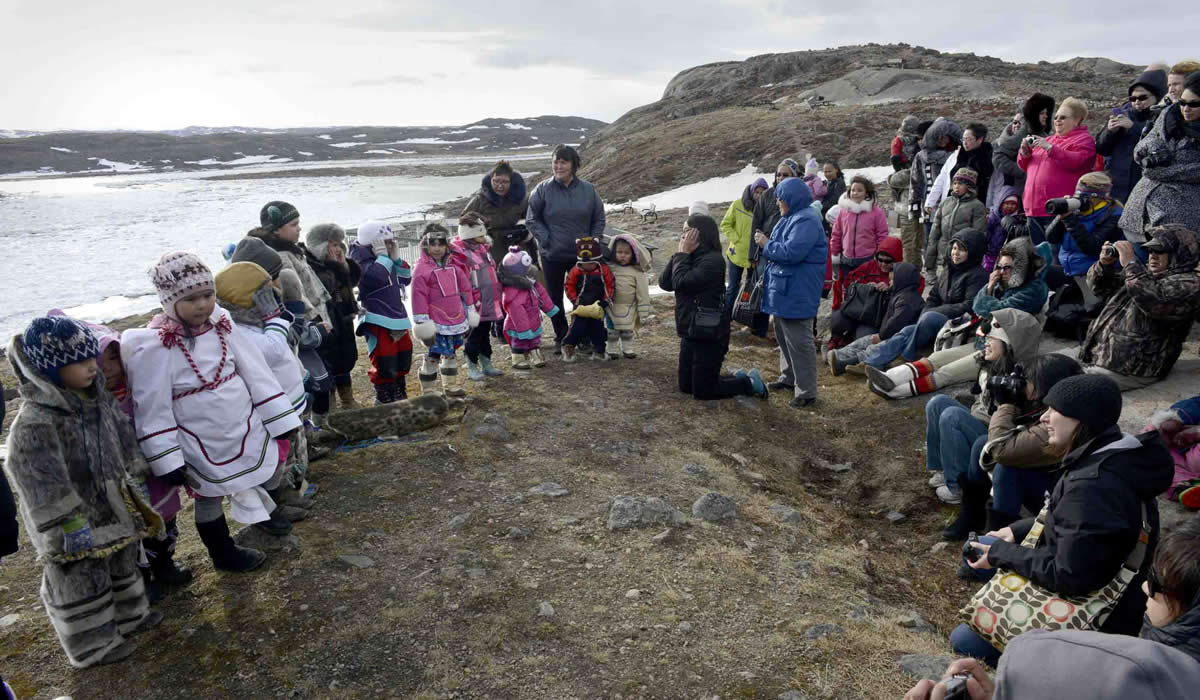 The Inuit are indigenous peoples with similar cultures living primarily on the Arctic coasts of Siberia, Alaska, the Northwest Territories, Nunavut, Quebec, Labrador, and Greenland. Until the last few decades, the culture in this range was remarkably homogeneous, notably in the reliance on fish, marine mammals and land animals for food, heat, light, clothing, tools, and shelter. Their language, sometimes called Inuktitut, is grouped under Inuit language or Eskimo-Aleut languages.

Canadian Inuit live primarily in the territory of Nunavut, Nunavik in northern Quebec, and in the Nunatsiavut settlement region in Labrador. The Inuvialuit live mostly in the Mackenzie River delta, on Banks Island and part of Victoria Island in the Northwest Territories. Alaskan Inupiaq live on the North Slope, while the Yupik live in western Alaska and a part of Chukotka Autonomous Okrug in Russia.

The Inuit Circumpolar Conference (ICC), founded in 1977, defines its constituency to include Canada’s Inuit and Inuvialuit, Greenland’s Kalaallit people, Alaska’s Inupiaq and Yupik people, and Russia’s Yupik. The Yupik are not Inuit in the sense of being descended from the Thule and prefer to be called Yupik or Eskimo. The ICC represents approximately 160,000 Inuit. 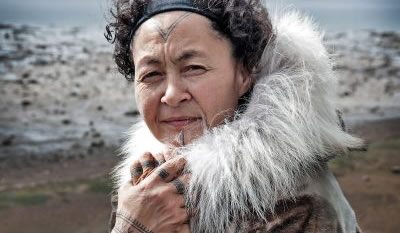 " In Canada’s north, where store-bought meat is expensive, a single ringed seal can provide the equivalent of $200 or more worth of meat to a family—and a much higher level of nutrition. "

The Inuit of Canada’s Arctic generally hunt adult ringed seals, which are prevalent in the most northern areas of the continent.

Ringed seals migrate southward to give birth on landfast ice during March and April; by the time the young arrive at their northern home, they have reached adulthood. The majority of ringed seals harvested by Inuit are more than a year old.

Using their sharp claws, ringed seals scrape cone-shaped breathing holes in the ice, called allu or aglu. This allows them to travel for long distances away from shore and the ice edge, broadening their hunting grounds.

Traditionally, Inuit would stake out these breathing holes, standing still, harpoon at the ready for the instant a seal pops up to breathe. Although modern hunters use guns to target their prey, seal hunting still requires patience, vigilance, and skill.

The current population of ringed seals in the Canadian Arctic is estimated at 1.5 million. The annual Inuit take is about 35,000 animals, a managed and sustainable amount. The Nunavut Wildlife Management Board manages hunting in Nunavut, relying on traditional Inuit knowledge, science, and collaboration with the federal Department of Fisheries and Oceans. It operates on the principles of sustainable harvest, complete use, and humane harvesting.

Seal have long been key to Inuit survival, providing virtually all the necessities of life: food, warmth, light, and shelter. Seal hide, both waterproof and warm, was the preferred material for clothing and boots. The oil was fuel for lamps. The meat was high in nutrients, energy, and flavour. Seals were highly respected for these reasons, appreciated and shared — the traditions of the seal hunt and of the arts, crafts, and necessities that resulted from it are cultural and community cornerstones.

The commercial value of seal was first realized in the north in the late 1800s, when European whaling vessels first arrived and, soon after, Hudson’s Bay Company began trading with Inuit. From then on, the animals were not only for subsistence, but also a source of revenue.

Today’s hunt is family-centred and subsistence first. After a family has taken the food it needs, and the pelts required for art and craftwork, the rest may be sold. It is estimated the sale of seal products contributes about $1 million to Nunavut’s economy annually. 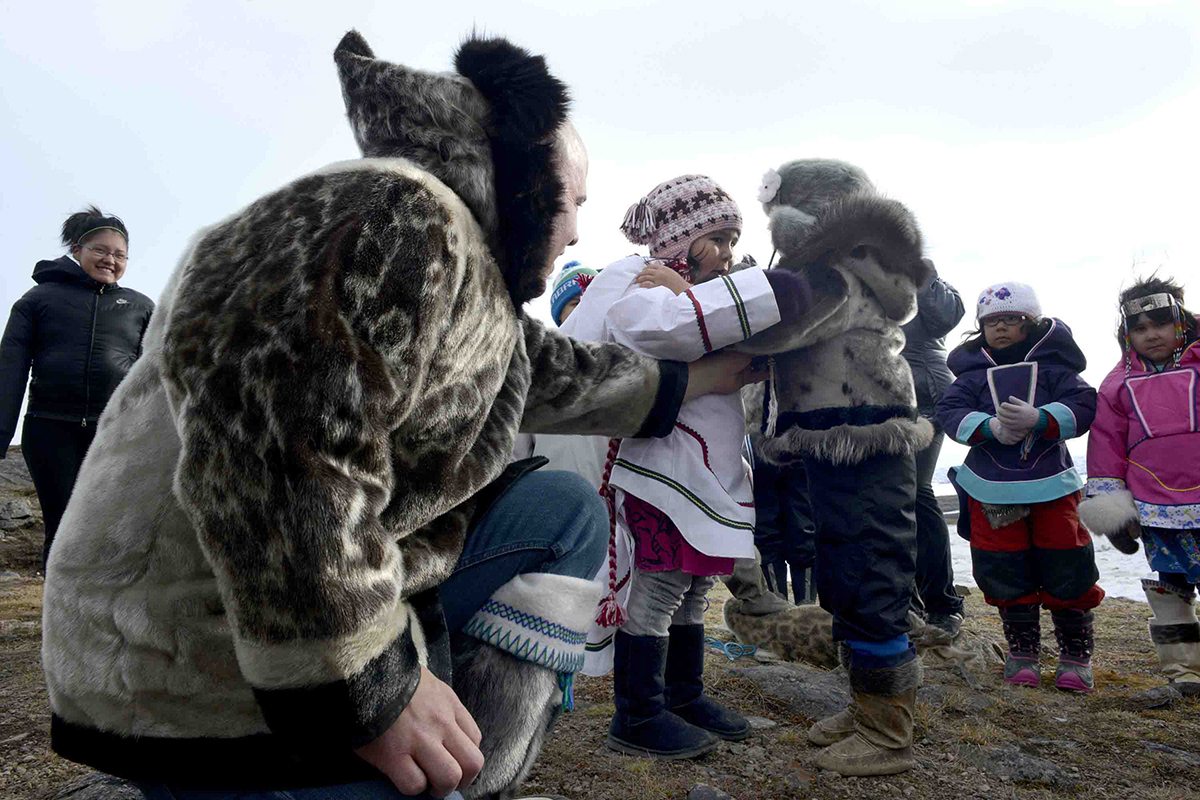 In 1972, the United States passed the Marine Mammal Protection Act; ever since then US markets have been closed to seal products.

In 1982, the European Parliament, in response to high-profile pressure from Greenpeace and other activist groups, banned the import of whitecoat sealskins. Although they made an exemption for Inuit hunters — who never did target whitecoats — the market for ringed seal products collapsed. Sales dropped to less than 1,000 pelts in 1988 from more than 50,000 pelts in 1977. The pelts that were sold barely got $5 each (versus five times that a decade before).

The year 1983 brought a spike in suicides in northern coastal indigenous communities, a drop in annual income (for example: the annual income of a sealer in Resolute Bay dropped to $1000 from $54,000), and other devastating social and cultural challenges. Many of those who had been proud of working hard and making a living from their homeland struggled in the face of international scorn.

The European Union banned the importation of seal products in 2009. As in the earlier action, the EU exempted Inuit hunters from the ban—but the result was again devastating, reducing the number of pelts sold by 90%.

Demand for seal products is increasing in some markets, and seal is finding a new home in high fashion, the restaurant and food industry, and natural medicinal trade. Despite this, anti-sealing groups are still active and vocal, and pushing to eliminate consumers’ ability to choose natural, sustainable seal products.

Up to 70% of Inuit households are considered food insecure. Groceries can be prohibitively expensive in the north, and traditional food sources and hunting methods are eroding.

Seal and other country foods can go a long way in ensuring a supply of nutrient-rich food. Many northern communities have set up community freezers or other food sharing structures to allow those who hunt to help provide for those who cannot. This, too, is an extension of Inuit traditions of community cooperation—in other words, traditional food access offers social and cultural benefits, as well as nutritional ones.

In Canada’s north, where store-bought meat is expensive, a single ringed seal can provide the equivalent of $200 or more worth of meat to a family—and a much higher level of nutrition. 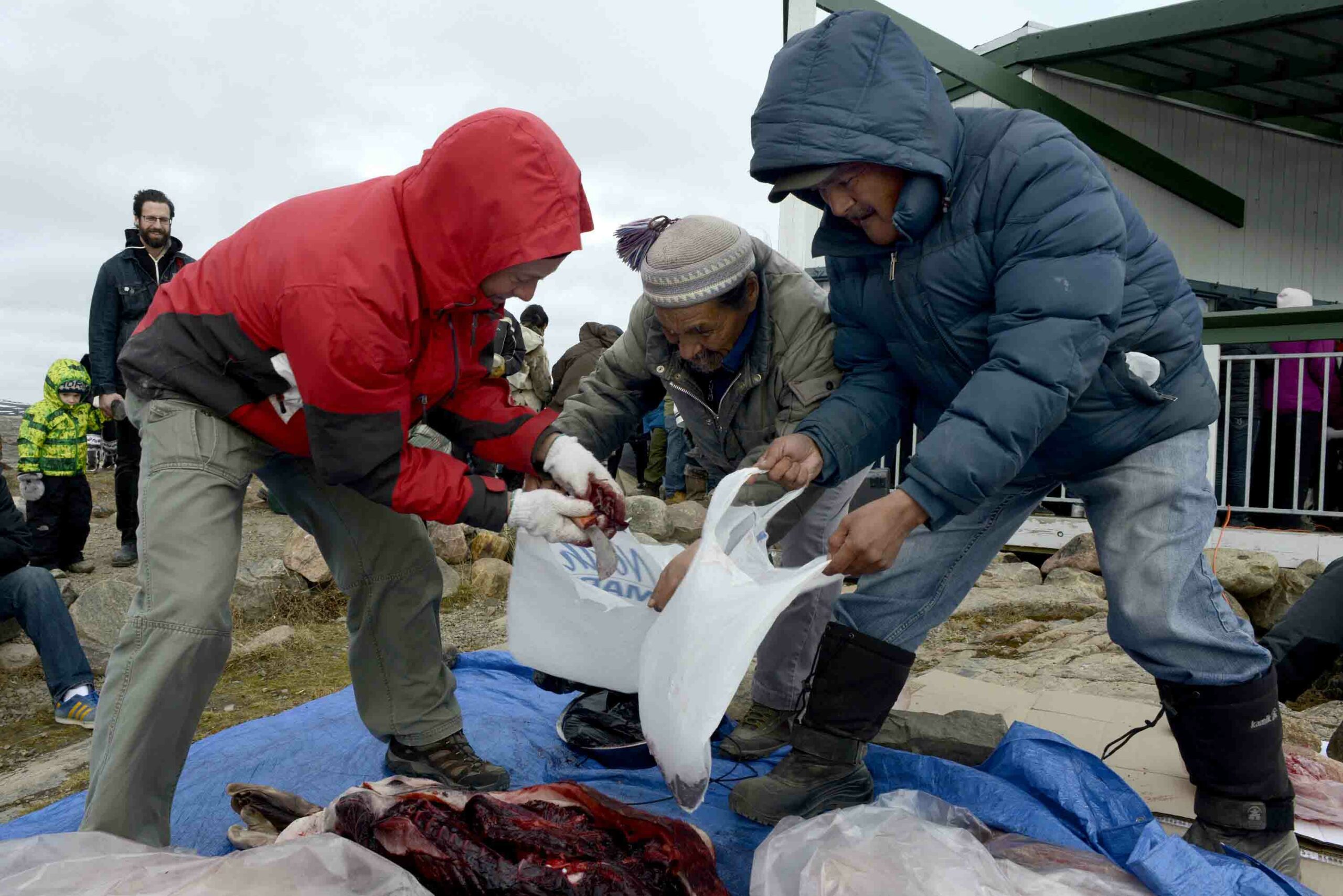 " Nunavut seeks its place in world trade. Inuit await the opportunity to share their resources and achievements to achieve a brighter future. The values of natural conservation and spirit of trade can go hand in hand. Unfortunately, regulations lacking a scientific basis for sustainable use remain an obstacle. "